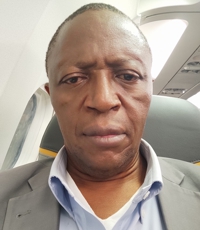 Dr. Daniel Bongue is the Head of the Laboratory of dosimetry and radiation protection at the Centre for Atomic Molecular Physics and Quantum Optics - Faculty of Science - University of Douala Cameroon. He obtained a PhD in Physics at the University of Rome Tor Vergata, Italy. 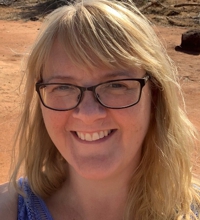 Dr. Helen Boston obtained a PhD in experimental nuclear physics from the University of Liverpool in 2001.  Helen then spent a number of years at TRIUMF, Canada, as a research scientist researching super allowed beta decays and nuclear spectroscopy using the 8Pi, GPS, SPECTAR and TIGRESS arrays. She returned to Liverpool to take up a position in the Nuclear Physics group leading research into novel detector designs for a broad range of applications such as medical imaging, security environmental assaying and nuclear decommissioning.  A number of these projects involved industrial partners such as NNL and Mirion Technologies.  Alongside her research she is also the PGT programme director for Clinical Sciences in Medical Physics and Bioinformatics, forging links with Health Education England and the National School of Healthcare Science to educate the future workforce and leaders of the NHS. 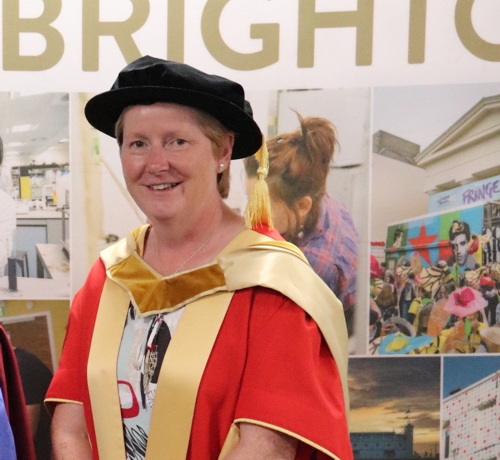 Professor Alison Bruce obtained a BSc. degree and PhD at the University of Manchester in the UK. As part of her PhD training, Prof Bruce spent two years working at Brookhaven National Laboratory in New York, USA where she carried out experiments using neutron beams produced at the High-Flux Beam Reactor. Following post-doc positions at the Niels Bohr Institute, University of Copenhagen, Denmark,  the University of Liverpool and Daresbury Laboratory she took  up a lecturing position at the University of Brighton in January 1992. She is now a professor of physics at the University.

Prof Bruce has over 30 years experience in gamma-ray spectroscopy, most recently leading experiments examining the shapes of neutron-rich A~100 nuclei. She has extensive experience of working with arrays of detectors, in particular germanium detectors which have good energy resolution and, in recent years, lanthanum bromide arrays which have good timing resolution. She has led many experiments at laboratories such as GSI (Germany), RIKEN (Japan), University of Jyvaskyla (Finland) and IFINHoriaHulubei laboratory (Romania) which have led to a publication list of over 150 articles in international peer-reviewed journals. She has successfully supervised 14 PhD students at Brighton and examined over 30 PhD theses (in the UK and abroad) 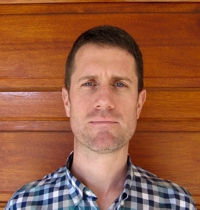 Dr Jacobus Diener is a PhD (Physics) graduate from Stellenbosch University, South Africa.  After a postdoctoral fellowship at the National Institute for Theoretical Physics, he joined the Department of Physics and Astronomy at BIUST in 2016.

His research interests are the thermodynamics of dense and highly magnetized neutron and neutron star matter and its application to the neutron star interior.

He also has a keen interested in education and is currently researching ways to improve students’ conceptual understanding in Physics. 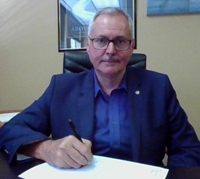 Dr. Charl Wynand Louw is a Solid-State Physicist that obtained his PhD from the University of the Free State of South Africa and spent 20 years as a researcher at the Council of Scientific and Industrial Research (CSIR), where he researched and fabricated opto-electronic devices and later moved to Materials research. He assisted the DTIC to establish the National Metrology Institute of South Africa (NMISA). Dr Louw became the Director of the Regional, International liaison and Innovation Division of NMISA, the position he holds today.

Since 2014 Dr Louw is the National Champion for Materials Research within the South African Research Infrastructure (SARIR) of the Department of Science and Innovation, DSI, and is currently developing a national programme for Materials Characterisation. In 2007 Dr Louw was instrumental in the establishment of the Intra-Africa Metrology System (AFRIMETS) and was elected as the inaugural Chairperson (until 2011). In 2013 he was elected to the International Committee for Weights and Measures (CIPM) and in 2014 he became the President of the Consultative Committee for Ionising Radiation (CCRI). In 2019 he was elected as the President of the CIPM. He is currently leading the development of a Strategy 30+ for the International Bureau of Weights and Measures, BIPM. 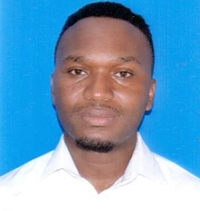 Dr. Innocent J. Lugendo is a Lecturer of Physics, a Researcher and Consultant in the fields of Nuclear Physics and Nuclear Technology. He currently serves as the Academic and Manager of the Central Science Workshop at the University of Dar es Salaam where he has been a faculty member since September 2009. Dr. Lugendo holds a Ph.D. in Nuclear Physics with specification in Nuclear Structure and Radiation Detectors. His research interests lie within Nuclear Technologies including Radiation Detectors, Nuclear Analytical Techniques, Medical Imaging and Radiotherapy. He has been is supervising various PhD and MSc research projects. Currently, he is participating in an International Collaboration that is developing a new “Small Animal PET Imaging Scanner”.
He has also published in many high-impact journals and conferences. Dr. Lugendo is a leader of the Nuclear Physics Research Group at the University of Dar es Salaam. He is also leading a special program for encouraging young boys and girls to learn Physics and other STEM subjects. He participates in many Nuclear Physics related programs within Tanzania and abroad. For instance, he is the IAEA contact person for the International Nuclear Security Education Network (INSEN) at UDSM. He is also committed to teaching about Nuclear Physics, Nuclear Technology and Nuclear Security to anyone who is interested 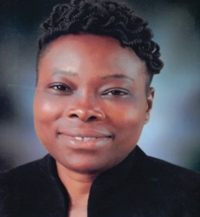 Dr. Usikalu Mojisola graduated from Federal University of Technology, Akure with B.Tech Degree in Physics and M.Tech Degree in Radiation and Health Physics in 2001 and 2005 respectively. She earned a PhD from Covenant University, Ota in 2010. Her current research centers on the effect of radiation on biological materials, determination of radioactivity levels and its implication on health, environmental forensic etc. She is a corporate member of Nigerian Institute of Physics, Health Physicists, Nigerian Union of Radio Science and Nigeria Young Academy. She received Third World Organization for Women in Science (TWOWS) postgraduate sandwich fellowship, Junior Associate Award of Abdus Salam International Center for Theoretical Physics, TWAS-UNESCO Associateship award utilized at the iThemba Labs SA (2015)
She is one of the recipients of Elsevier Foundation Award for Early Career Women in Physics and Mathematics, among other scholarly accolades. She is a member Editorial Board for a number of local and international journals. Usikalu has served as an External Examiner for MSc dissertations and PhD theses in some universities and served as Professorial Assessor for Professorial candidates. She has supervised over several B.Sc, M.Sc and Ph.D projects. She has several publications in many reputable journals and conferences. 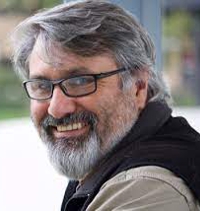 Dr. Stephan Woodborne is the Senior Accelerator Mass Spectrometry Scientist at iThemba LABS (Laboratory for Accelerator Based Sciences), Associate Professor at the Mammal Research Institute at the University of Pretoria, and is a research associate at the University of the Witwatersrand. He uses applied particle physics techniques to address socio-economic and ecological responses to climate change and has 23 years of experience in radiocarbon dating and stable light isotope analyses. He provided chronological dates in partnership with most of the archaeological programs in South Africa, and his personal research in palaeo-science includes reconstructing atmospheric 14C levels over the last 50 000 years, and the generation of past rainfall records from isotope analysis of tree rings. His palaeoclimate datasets are used to test climate change models. In addition he has done extensive work on ecological processes relating to the hydrological and nutrient cycles in savanna systems, with ongoing programs in crocodile and river ecology. He has published more than 100 peer reviewed journal articles and book chapters.